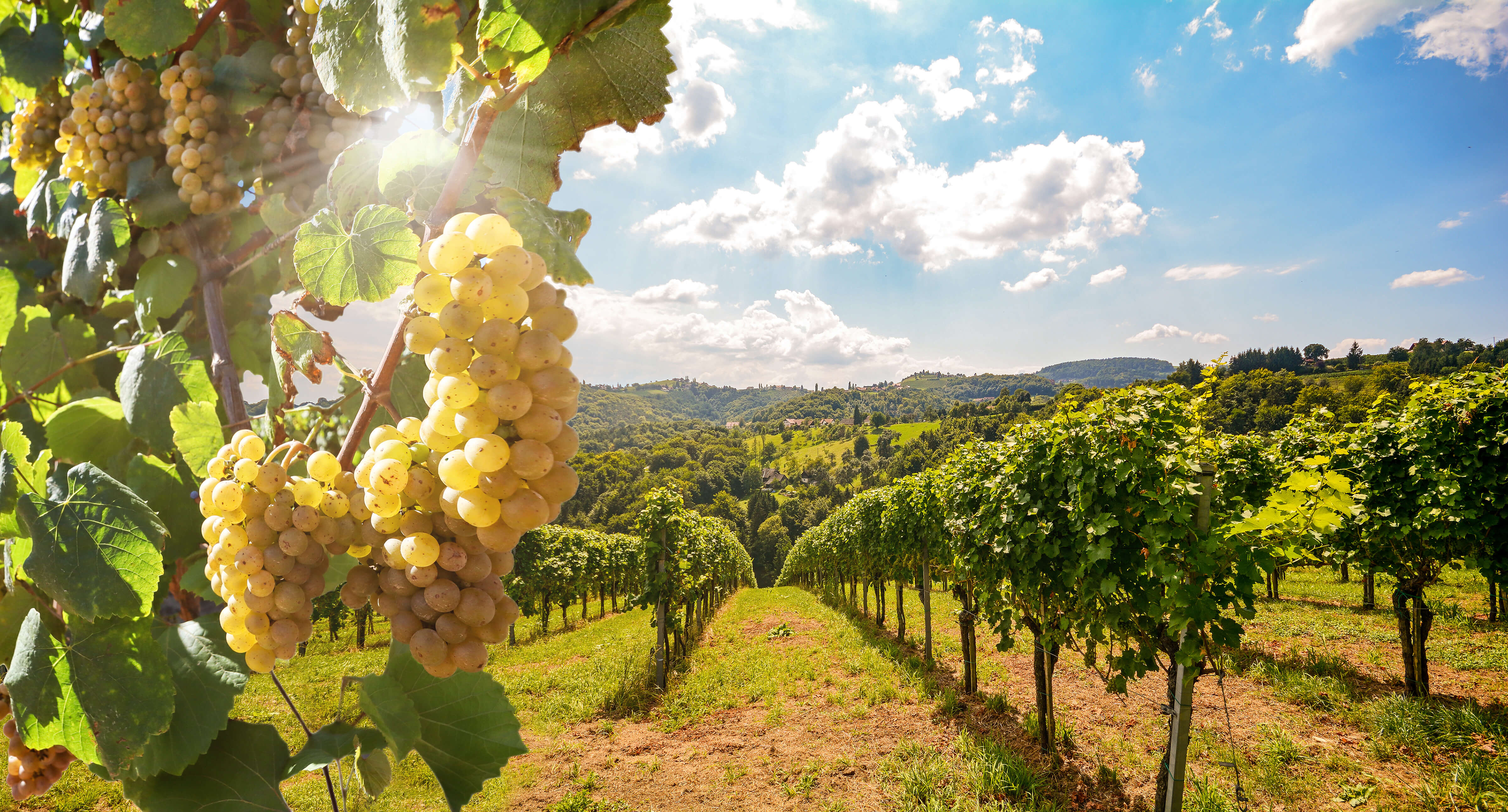 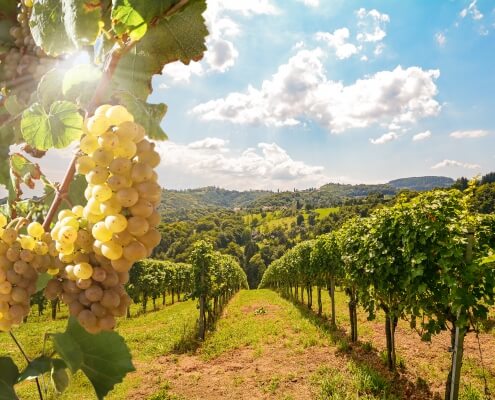 Highlights: Visit three of the best and most famous wine growing estates of the region
The Rheingau, located just an hour drive from Frankfurt, is called the “German Riviera”, due to its proximity to river Rhine and the pleasantly warm climate throughout the year. Especially for Riesling wine the weather conditions are ideal here.

Enjoy a day visiting three of the best and most famous wine growing estates of the region:

Schloss Johannisberg estate belongs to the elite of wineries in the region and is recognized for its high quality Riesling wines worldwide. Actually it is said to be the oldest Riesling domain in the world. At the estate’s restaurant “Gutschänke” excellent regional food and of course the own wine is served.

Since members of the family Greiffenclau have sold wine to St. Viktorstift in Mainz for the first time in 1211, the cultivation of Riesling in the vineyards of Schloss Vollrads has continuously developed and 800 years later, in 2011, the estate could celebrate its anniversary as one of the oldest wineries in Germany.

Eberbach Abbey, or in German: Kloster Eberbach, is a former Cistercian monastery, located near Eltville at rive Rhiner. It is considered to be one of the most significant architectural heritage sites in Hesse due to its impressive Romanesque and early Gothic buildings. Its wine estate was founded in 1136 by St. Bernhard of Clairvaux (Burgundy) and has made history, through its tireless pursuit of quality. This centuries-old tradition has led the Eberbach Abbey to become the largest German estate.

11.15 h Guided tour around the estate, followed by a wine tasting

13.00 h Lunch at the estate’s restaurant

16.00 h Onward journey to Eltville for a brief stop and a guided city walk

Eltville am Rhein, a special “pearl” of the Rheingau area is well known as “the city of wine, sparkling wine and roses”. It is picturesquely situated amid forests, vineyards and the Rhine River. This very historical place is affected by its gently restored half-timbered houses and more than 100 different types of roses, which are grown and cultivated here.

18.00 h Strolling wine tasting tour at Eberbach Abbey, following in the footsteps of the Eberbach monks

The tour can of course always be adapted according to your preferences.