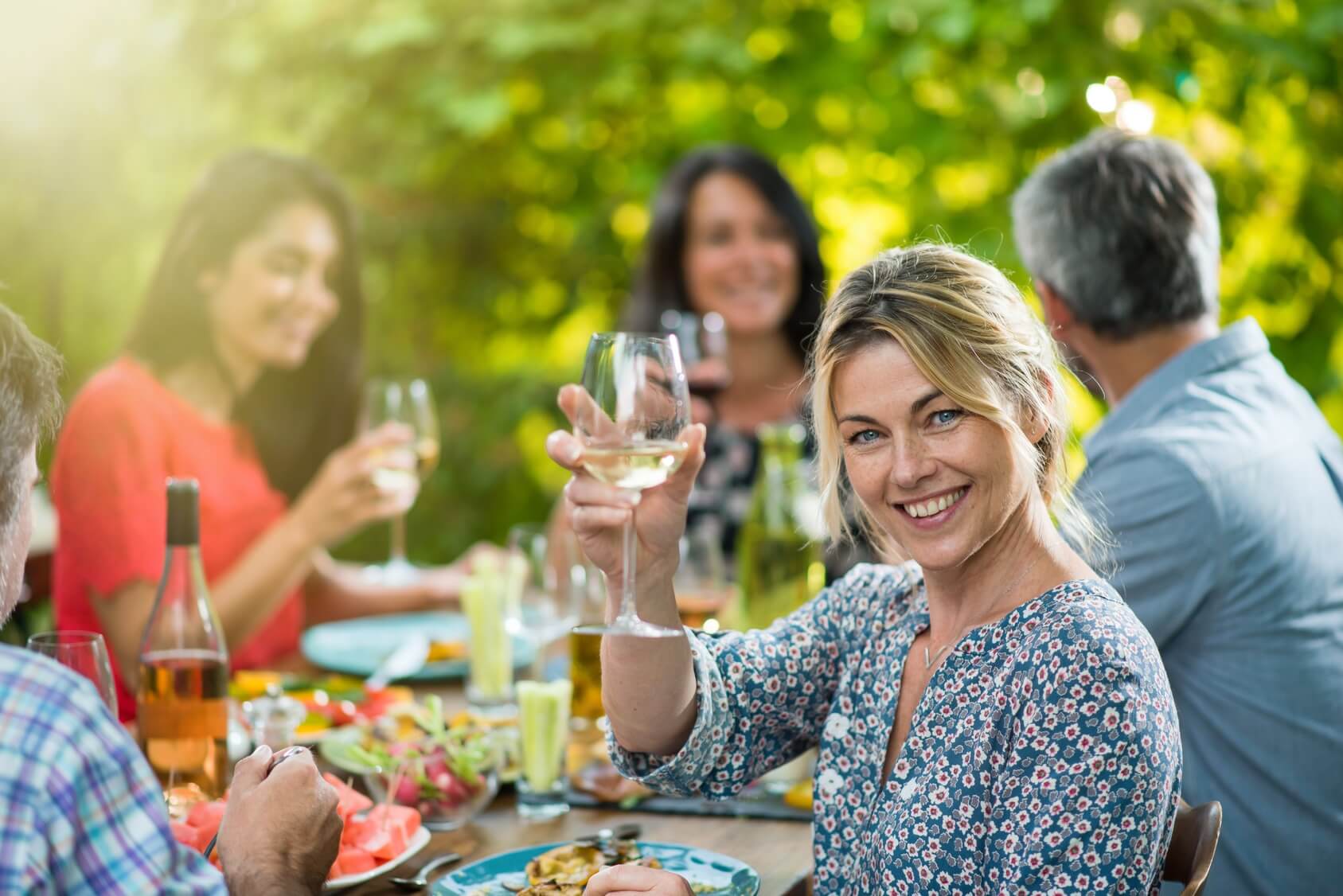 Portrait of a beautiful young woman sitting on a terrace with her friends to share a meal, she toasts with her glass to the camera. Shot with flare 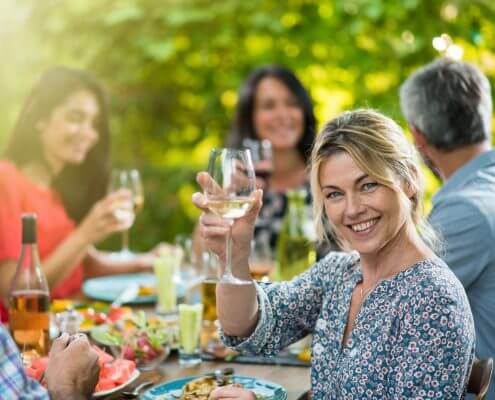 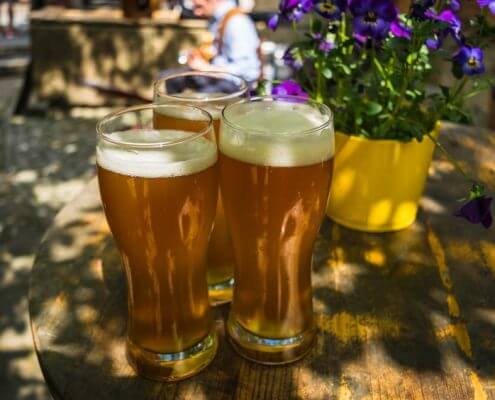 You can eat Italian, Chinese, Thai or Greek in Germany in many places. But once you are in Germany, wouldn’t you rather try the typical German cuisine?

It has much more to offer than Schnitzel, Wurst and Sauerkraut. The German food tour leads you to hidden restaurants in small side streets of Berlin, where you can try traditionally made German food at its best.

In this tour you will visit 3 restaurants of different German regions. In every restaurant there is a regional dish and a typical drink like German beer or German wine​

All restaurants visited are small, mostly family owned with a nice atmopshere.  The tour lasts 3 hours, during which you will learn all about German cuisine by a knowlegdable guide, who works as restaurant critic for german culinary magazines.

The amount of food equals a normal dinner.  Look forward to eating the best Bratwurst of Berlin, grilled on wood fire, with homemade sauces and excellent craft beer.

Berlin -The Roaring Twenties Tour – Duration: 3 hrs
Scroll to top
We uses cookies on this website. They help us to know a little bit about you and how you use our website, which improves the browsing experience and marketing. They are stored locally on your computer or mobile device. To accept cookies continue browsing as normal.OkNoRead more about our Data Privacy Policy
You can revoke your consent any time using the Revoke consent button.Revoke consent