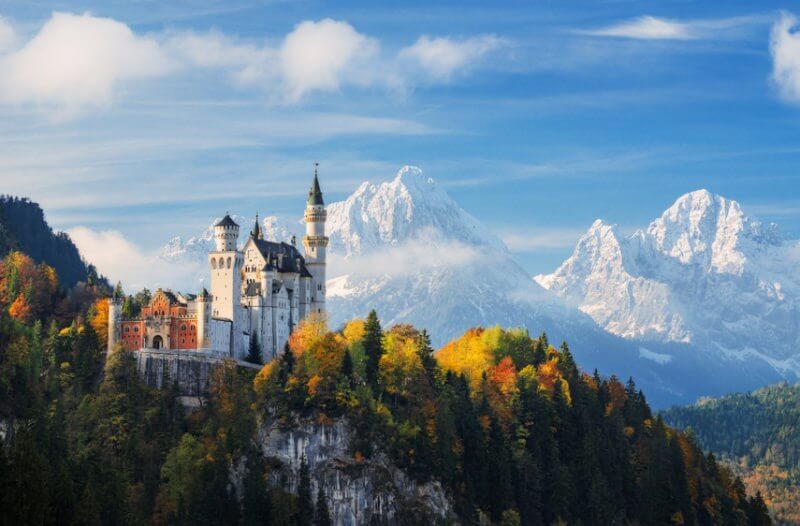 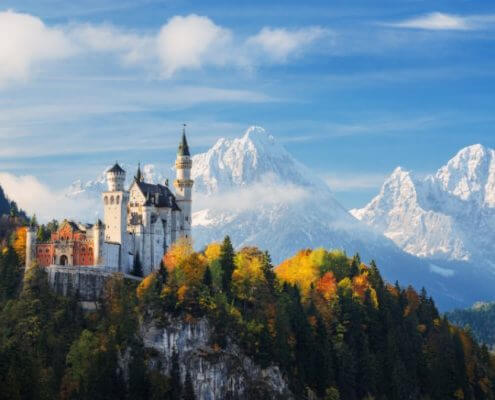 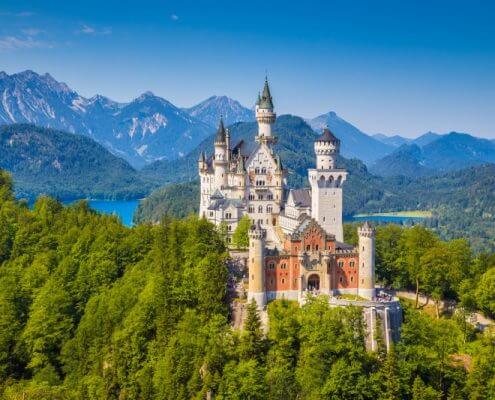 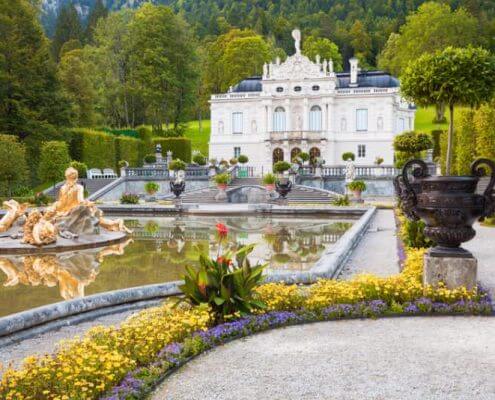 Your private driver guide will pick you up in the lobby of your hotel in Munich and will accompany you throughout this interesting excursion.

The enchanting old-world town of Fuessen lies in the foot hills of the Alps, framed by one of the most breathtaking natural settings in the world.

Towering far above the village, seemingly sculpted out of the very mountains that rise magnificently to the heavens, is a sight made from the stuff of dreams: the fabulous and ethereal Neuschwanstein Castle. This glorious folly was built in the 19th century by the famed “mad” King Ludwig II, a man intoxicated by mythology and who himself became a legend. The shimmering white towers of the castle among the clouds are instantly recognizable to many who haven’t ever heard the name Neuschwanstein. It is the inspiration for Disney’s Sleeping Beauty Castle, and is famous the world over as the Chitty Chitty Bang Bang Castle. To visit it is to step inside a fairy tale.

Another stop on this day will be dream castle Linderhof built by King Ludwig II in French rococo style.

Ludwig II, who was crowned king in 1864, began his building activities in 1867/68 by redesigning his rooms in the Munich Residenz and laying the foundation stone of Neuschwanstein Castle. In 1868 he was already making his first plans for Linderhof. However, neither the palace modeled on Versailles that was to be sited on the floor of the valley nor the large Byzantine palace envisaged by Ludwig II were ever built.

If time allows we will include a visit of the Unesco World Heritage Site – the Wieskirche (Church in the Meadows) and a short ride through Oberammergau, the site of the famous Passion Plays.