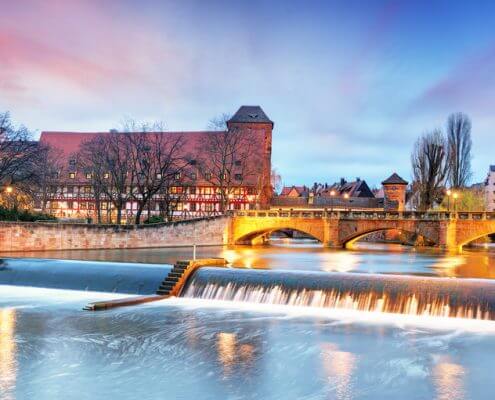 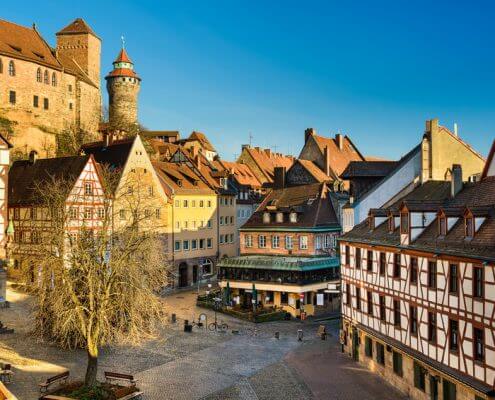 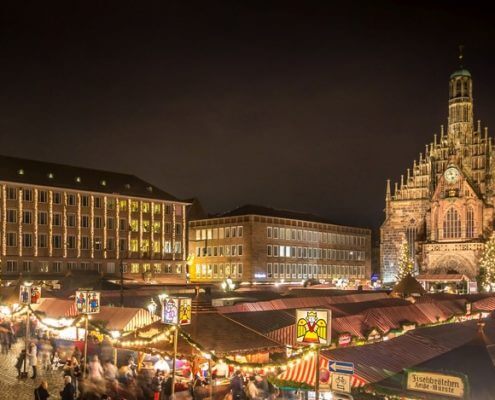 Your experienced English speaking guide will meet you in the lobby of your centrally located hotel and show you around Nuremberg.

Nuremberg is one of Germany’s most famous cities and its name is associated throughout the world with the drama of 20th century history. This was where the Third Reich strutted in all of its pomp against an epic backdrop of grandiose marching grounds, and this was where an international war crimes tribunal later held that same Nazi leadership to account amidst the rubble of the defeated city.

There is much more to see, however. Nuremberg is an old and beautiful city with a rich and vibrant history. We also want to show you the other Nuremberg that locals are rightly proud of. The massive medieval fortifications of the striking old town, magnificent gothic churches, colorful market places, and hilltop castle of the old imperial city are as awe-inspiring today as ever.

Walk through Savory Nuremberg – from Bratwurst to Gingerbread (1.5 hrs)

Highlights:
Get to taste Franconian specialties on this culinary tour of the historic center with anecdotes about Nuremberg´s rich history including samples of traditional Franconian cuisine.

From the Ox on Butchers’ Bridge to the secrets of the bratwurst – the history of Nuremberg is closely entwined with its cuisine. Discover the tempting sides of the historic center: the fragrance of traditional gingerbread spices, the hustle and bustle of medieval sausage eateries, and the rich taste of regional beers. The 1.5 hour tour begins at Nuremberg’s main square in the heart of the historic city center. You explore the city’s narrow alleyways dating back to the Middle Ages, cross bridges, and pass picturesque half-timbered houses until you reach breathtaking St. Sebaldus Church. Go bite-by-bite and enjoy Franconian specialties will help you discover the city’s delectable soul.