You are here: Home / Destinations / Cologne 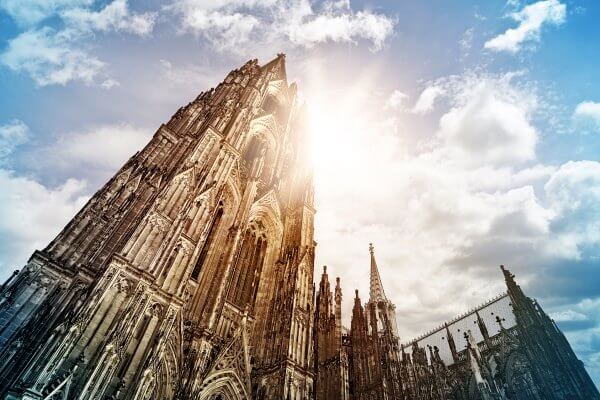 Cologne (Köln) offers seemingly endless attractions, led by its famous cathedral whose filigree twin spires dominate the skyline. It’s regularly voted the country’s single most popular tourist attraction. The city’s museum landscape is especially strong when it comes to art; but also has something in store for fans of chocolate, sports and even Roman history. Its people are well known for their liberalism and joie de vivre; and it’s easy to have a good time right along with them year-round in the beer halls of the Altstadt (old town) or during the springtime Carnival.
Cologne Cathedral is a building of superlatives that is the centre and hallmark of this city on the Rhine. The cornerstone of this Gothic cathedral was laid on the Feast of the Assumption of Mary on 15 August 1248. The previous building was apparently no longer deemed impressive enough to house the remains of the Three Wise Men, which Archbishop Rainald von Dassel had brought to Cologne from Milan after the latter city was conquered in 1164. Because of these relics, the cathedral became one of the most important places of pilgrimage in Europe. Its two massive towers have dominated the city’s skyline since their completion in 1880. Today the cathedral is Cologne’s second-tallest structure, surpassed only by the telecommunications tower. UNESCO declared Cologne Cathedral a World Heritage Site in 1996.
Cologne’s countless museums and galleries make it an internationally renowned centre of art. The range of exhibits extends from Roman artefacts in the Roman-Germanic Museum to medieval art in the Wallraf Richartz Museum & Fondation Corboud, and modern works in venues such as the Museum Ludwig and the Museum of Applied Arts. Or why not stop by the  Cologne City Museum to find out more about the city’s history. Or enjoy a beautiful view of Cologne’ s old town or on a fine day you might even see as far Duesseldorf from the 100 metres high KölnTriangle.

During my more than 10 years in Düsseldorf I very often went to Cologne (“Köln” in German), which is just 1/2h drive. The 2 cities are in a constant competition against each other and a true “Düsseldorfer” would not even think about to move to Cologne – or the other way round. Both cities have excellent breweries but with very different beers: While Cologne has the “Kölsch” which is a light, gold-colored beer, Düsseldorf has the “Alt” which is dark, brown-colored. Of course, someone from Cologne would never drink an “Alt”. I have to admid that during my time in this region I was open to both.

A private tour covers the main highlights and leaves enough time to explore the city with our guide based on your preferences. 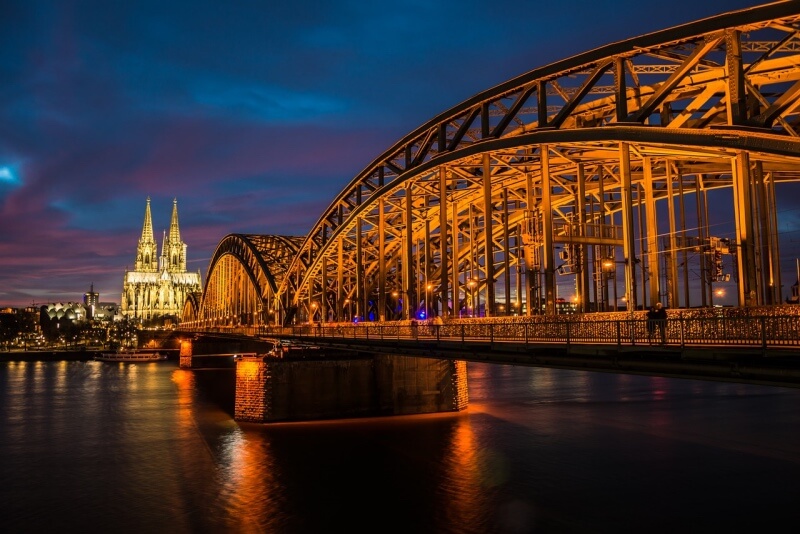 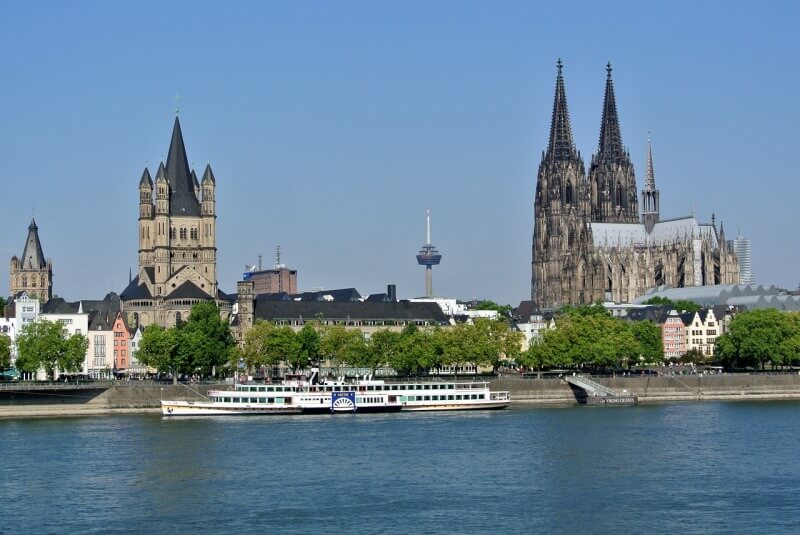 The Le Moissonier  ( 2 Michelin stars) opened already about 30 years ago. In this small and lively restaurant with a French Bistro atmosphere you will enjoy creative French cuisine.

At the  “Himmel un Äd restaurant, located in the Hotel Wasserturn,you will be served gourmet cuisine in a setting which has class – but which isn’t too formal. On the 11th floor of the Wasserturm you aren’t just able to enjoy international kitchen, which is clear and classic, you also enjoy superb views over the whole of Cologne.

Scroll to top
We uses cookies on this website. They help us to know a little bit about you and how you use our website, which improves the browsing experience and marketing. They are stored locally on your computer or mobile device. To accept cookies continue browsing as normal.OKNoRead more about our Data Privacy Policy